Lola Richards is The Home Manager at Foxburrow Grange.

Lola’s career in healthcare began in 2001 when she took her first role as a support worker in domiciliary care. Lola didn’t expect to enjoy it as much as she did or to find it as fulfilling; it gave her a real sense of helping people.

Lola continued to work in the sector, taking on many roles within care, from support worker, senior support worker and then Deputy Manager, at this time she then moved into the training of the staff and covered a large region of the country.

In 2010, Lola became a Home Manager and then progressed to Operations Manager. In August 2020 she joined Outlook Care as interim Home Manager at Foxburrow Grange where she said ‘we have lots of exciting things to look forward to’. At Foxburrow Grange, residential, nursing and dementia care home in Colchester, Essex, we believe life is for living and we are dedicated to helping our residents enjoy it to the full. 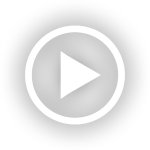 Social media provides an up to date window on the activities within a provider's setting.

With the restrictions on visiting during the pandemic, social media platforms such as these offer real insight when you are choosing a provider.

What rating has Foxburrow Grange been given by the regulator?

Foxburrow Grange was given an overall rating of "Good" by the CQC in February 2021.

What types of care does Foxburrow Grange provide?

How many rooms does Foxburrow Grange have?

How much does Foxburrow Grange cost?

Does Foxburrow Grange provide care for people with Dementia?

Yes. Foxburrow Grange does provide care for people with Dementia.

What Local Authority does Foxburrow Grange come under?

Who is the manager at Foxburrow Grange?

Lola Richards is the manager of Foxburrow Grange.

Autumna is the UK's largest and most comprehensive later-life living & elderly care directory. Our detailed search facility and team of expert advisors can help you find the best care homes, nursing homes, retirement homes, retirement villages, home care, and live-in care services for you or your loved one's needs. Our website is free to use, we are proudly independent, and we never take referral fees.

Call our free advice line to speak to one of our expert advisers.

Our hours:
Monday to Friday 8:30am to 5:30pm
Saturday 10am to 5pm
Sunday 10am to 4pm
At other times we offer an answer phone service so please leave a message and we'll call you back.